The African language Xhosa is one of the strange (to us) “click” languages. In English we occasionally use a similar click sound when we communicate with a horse or shake our heads in disapproval (tsk tsk).

However, the sound is generously sprinkled throughout languages such as Xhosa, Zulu, Phuthi, Swazi, and Ndebele. Nelson Mandela speaks fluent Xhosa.

The black market value of rhinoceros horn has skyrocketed. Not only are live animals at high risk in their native habitats, but the endangered animals are being slaughtered by bold criminals who break into zoos. Even timeworn preserved specimens in museums have been stolen or disfigured by having horns removed. As totally false rumors circulate claiming that powdered rhino horn can be used to cure cancer and increase libido, the illicit market price per ounce has surpassed those of both gold and cocaine.

In 1912, the Japanese city of Tokyo (led by Mayor Yukio Ozaki) bestowed a gift of 3,000 cherry trees on our nation’s capital. The trees thrived and we now enjoy an annual National Cherry Blossom Festival (March 20 thru April 27). Unfortunately, in 2010, disease and insect infestations dictated that most of the original trees had to be destroyed. All plants that were removed have been replaced with healthy cherry trees.

I do believe that most of us have been tempted to replicate one behavior that singer Elvis Presley actually effected. I do not refer to becoming a Hunka Hunka Burning Love. Instead, I allude to the habit of The King of Rock and Roll (yes, both) being so disgusted with what he saw on television that he would fire a large caliber handgun at his current (they were frequently replaced) TV set. Just prior to the blast, he would usually say (I approximate) “That will be enough of that #*X@%X##!” 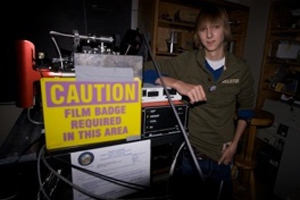 A few years back, a precocious nine year old tourist named Taylor Wilson so impressed a guide at the U.S. Space and Rocket Center that the guide sought out the center’s director and told him “You gotta see this kid.” At age 13 Taylor met with a renowned physicist and informed the scientist that he intended to construct a fusion reactor. The renowned one dismissively replied that first the kid should master calculus. Taylor did.

Watch the news for more on Taylor Wilson (now age 16 and featured in a current science publication). Well, I hope that you do not acquire the “Elvis TV Remedy Syndrome” (ETRS) and that you have a most pleasant week.