The Weekly Standard answers a common American question with the bold headline, “A River of American Money Flows to D.C.  Yes, laddies and gentlemen, our money ends at the capital.

The Weekly Standard writes: The question at the core of most of today’s debates in American politics is whether all people have an unalienable right to keep the fruits of their own labor—as the Founders believed and the Declaration of Independence (properly understood) asserts—or whether the government should funnel vast sums of money to the nation’s capital and then magnanimously redistribute it back to the tributaries.  Well, the stats are in, and it seems that neither of these two notions is really being fulfilled.  To be sure, Americans’ money is flowing to the nation’s capital.  But it’s not flowing back.

Indeed, the metropolitan area of Washington, D.C., a city with little identifiable industrial output, dominates the Census Bureau’s newly updated list of America’s wealthiest counties.  Here are some highlights from that list:

In other words, in a nation that ranges from the Pacific to the Atlantic and boasts such grand and affluent cities as New York, San Francisco, Los Angeles, Chicago, Dallas, San Diego, Boston, and Seattle (among others), the four wealthiest counties in the land are all within commuting distance of the capital. 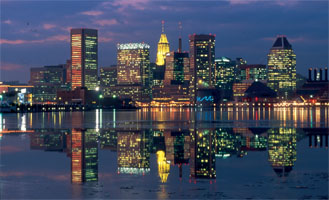 Thus, the D.C. metro area (population: 6 million) claims 4 of the top 7 spots, while the nation’s 380 other metro areas (total population: 308 million) combine to claim just 3.  Is this what President Obama means by “fairness”?